Every once in a while we get to go to fun events close to home to hang with a cool tool company. Recently, we checked out the 2016 Rolex 24 race at the Daytona International Speedway and spent time with Sonic Tools USA. Sonic Tools is an Internet direct tool company that’s been around internationally for the past 25 years. Only recently, however, has it made its way into the United States market as Sonic Tools USA. Any time a new company that has a rich history of making quality products comes into the U.S., we like to pay attention. Often, things get shaken up, and a little disruption in the automotive tool market probably can’t hurt. The 2016 Rolex 24 race in Daytona was a great opportunity to hang out with Sonic Tools and also just get to see a lot of really cool cars…and, of course, see what real racing Pros thought of their tools.

The Rolex 24 is, in case you didn’t already guess, a 24-hour long race. There are four race car classes taking part in the Rolex 24, and those are separated into two styles of cars: prototypes and GTs. Each of those two car styles also has both a pro and pro-am (professional amateur) class. What that gives you is four classes of cars racing on-track at the same time. 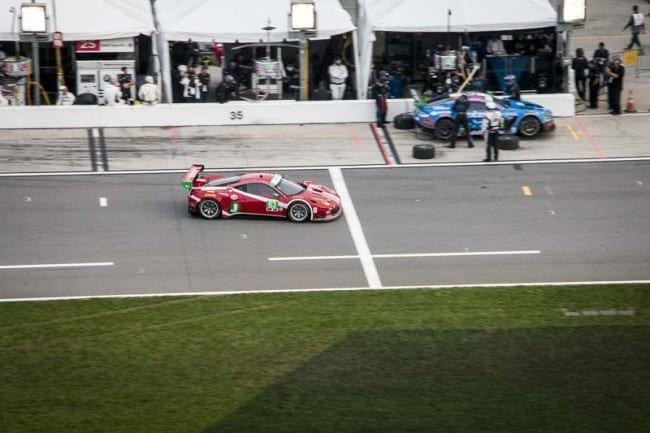 Four classes of cars racing simultaneously is a recipe for some exciting racing…and possibly some collisions due to the varying experiences of the drivers…but I digress.

The way the 2016 Rolex 24 at Daytona works (to keep you up to speed—pun intended) is that pro drivers have red LED number panels affixed to their cars, and pro-am drivers have green number panels. These are (very cool) LED panels positioned on the sides of the cars that tell you exactly what position they are in during the race for their particular class. If it weren’t for these LED panels, most of us would be lost trying to understand who was winning in each class. 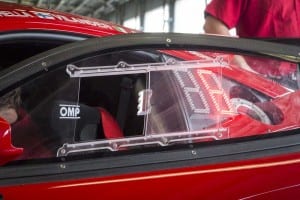 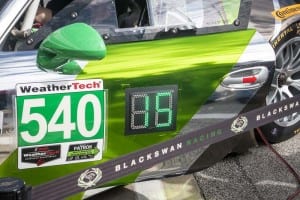 To help you understand the dangers of having four different classes of cars in the 2016 Rolex 24 race at the same time, here is a breakdown of each of the four car classes—pay attention to the power and speed differences (not to mention the fact that you have both pro and pro-am drivers on the same track):

For obvious reasons, the prototype cars are the fastest of the bunch, and are driven by professionals. These cars are technological marvels—on the inside, but also often on the outside as well. The cars are also specifically engineered to handle the rigors of various race tracks and have low ground effects, special engine modifications, and highly tuned braking and suspension systems. These are not your average street cars. These cars have, on average, 450-600 horsepower, and travel at around 200 mph. There are 16 of these prototype class cars in the 2016 Rolex 24 race. 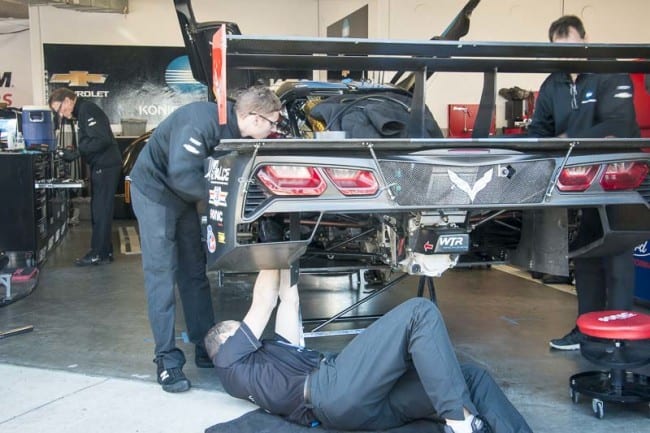 Similar to the prototype class, the PC class of cars are driven by pro-am drivers and are unmodified. That means each of these open-cockpit style cars is exactly the same. The bodies are made largely of carbon fiber and even the brakes use carbon fiber. They put out a more conservative 430 horsepower and race around the track at 175 mph. There are 8 cars in the prototype challenge class for this race.

The GT Le Mans class of cars are beautiful production cars tuned and engineered for maximum performance on the track. They are driven by professionals and include cars from Porche, Ferrari, and others in order to prove what each manufacturer is capable of delivering. If you want to know whether Chevy’s Corvette is better than Ferrari or Porsche, you’ll love this race. Each car in this series puts out 490 horsepower and runs at speeds of around 185 mph. Ten of the GT Le Mans class cars are in the Rolex 24 this year. 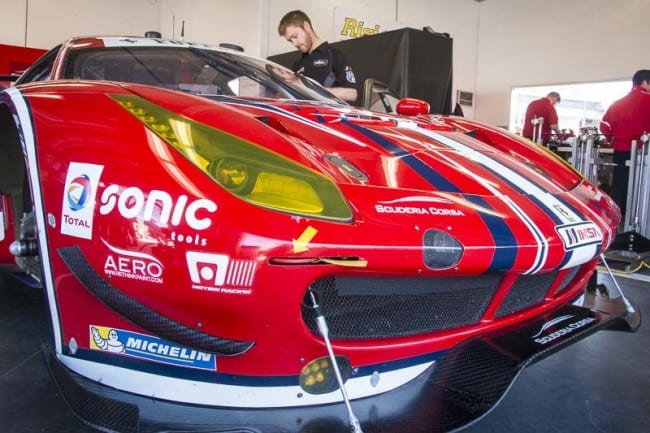 With less top-end performance than the GT Le Mans class, cars in the GTD class are also production models but aren’t quite as top of the line. These cars are driven by pro-am drivers and have 450 horsepower and drive at speeds up to 180 mph. The GTD class is the largest, with 19 cars in the 2016 Rolex 24 race.

Checking Out the Rolex 24 Tools

There are a lot of tools at the 2016 Rolex 24 race. While we were there visiting Sonic Tools, we noticed quite a few tool boxes all over the garages, and one thing really stood out: tool organization was very important. Wherever we saw Sonic Tools we saw a practice that was more or less universal: The mechanics took out a tool, used it, and then put it back where they found it. 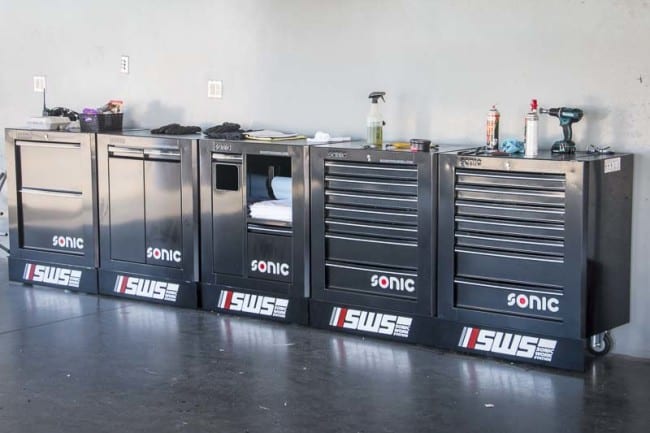 While some of the other mechanics also showed good tool practices, many of the competing systems involved drawers full of sockets or wrenches without the type and level of organization Sonic Tools offers. Good organization also means you can fit a greater amount of tools in a smaller box—saving space when you’re hauling anywhere from four to sixteen boxes of tools in and out of a trailer is another big advantage cited by the Pros. The difference was tangible, and it seemed to save  lot of time. We also heard a lot of mechanics and crews compliment the Sonic Tools themselves on their design, quality, and ergonomics (they feel good in the hand). 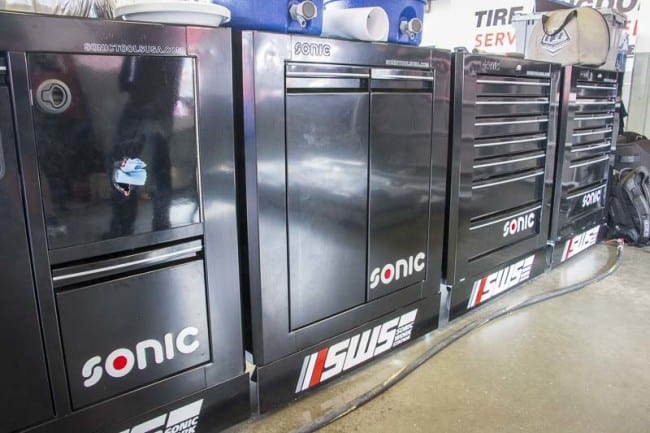 Apparently, The Stig was even checking out the 2016 Rolex 24 race this year (We’re not sure if he uses Sonic Tools, but then again, he didn’t talk much). 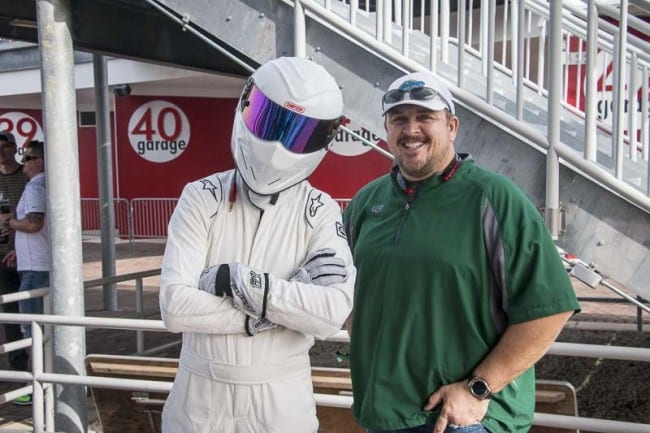 As you can imagine, speed and endurance are significant in winning the Rolex 24 race, and after 24 hours of nonstop racing, the overall winner of the Rolex 24 at Daytona ended up being the fastest over all car driven by Luis Felipe “Pipo” Derani from Brazil (his teammates were Scott Sharp, Ed Brown, and Johannes van Overbook). He drove the #2 Tequila Patron ESM Honda Ligier JS P2. He was 26.166 seconds ahead of Max Angelleli in the #10 Wayne Taylor Racing Corvette DP—who was in the lead for much of the race (that car was also driven by teammates Ricky and Jordon Taylor). 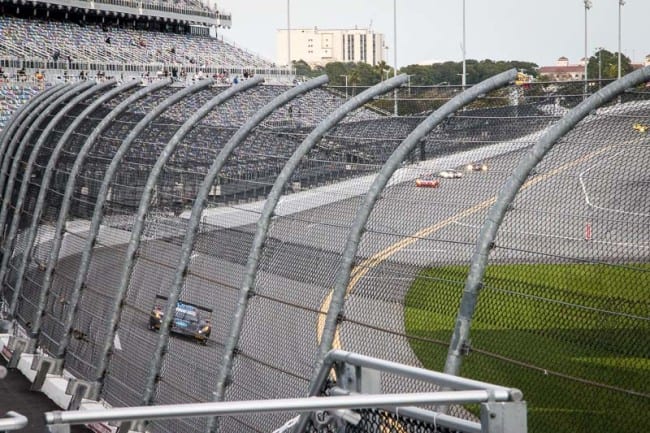 Derani gave Honda its very first win in the IMSA WeatherTech Rolex 24 Championship and is the 4th youngest racer ever to win the race.

In the GTD (GT Daytona) class, Magnus Racing’s Rene Rast won in the #44 Audi R8 LMS GT3, beating Nicky Catsburg in the No. 540 Porsche GT3 R by just 3.048 seconds. That win was most interesting as Rene let the #28 Lamborghini Huracan GT3 pass him with just 8 minutes left in the race—a risk (which paid off) that the Lambo wouldn’t have enough fuel to finish the race. The fuel ran out on Fabio Bambini, but Rast barely made it—actually running out of fuel right after he crossed the finish line.

If you want to learn more about Sonic Tools USA, be sure to visit them online.

As our team is putting together our best lawn mower recommendations for the year, it’s with a hint of sadness […]