Skilsaw owns the worm drive market and is putting that technology into more than just circular saws. It’s this branching out into other categories, including cordless, that highlights the best Skilsaw tools at World of Concrete 2020.

On the heels of their 7-1/4” worm drive’s powerful entry into the cordless market, Skilsaw showed off their 10-1/4” model. It’s a true worm drive rather than the worm drive style saws that other manufacturers have.

Similar to the Sawsquatch but lacking a cord, this saw is capable of cutting 4×4 in a single pass. There’s definitely no lack of power and it’s remarkably easy to wield for such a large-diameter saw.

UL passed new regulations regarding the ratio of the diameter of a table saw blade to the size of the table. That affects Skilsaw’s more compact worm drive table saw and they responded with an 8-1/4″ version. But that’s not all they did. It now sports a rack-and-pinion fence system similar to what we see on the heavy-duty 10″ version.

The rest of the saw is pretty similar. There’s still very little plastic compared to other saws and it’s just as easy to carry around the jobsite. What most of us are left wondering is whether this might be the foundation of a 48V HVL table saw. We’ll have to wait and see!

The price should be right at $399 when it launches. 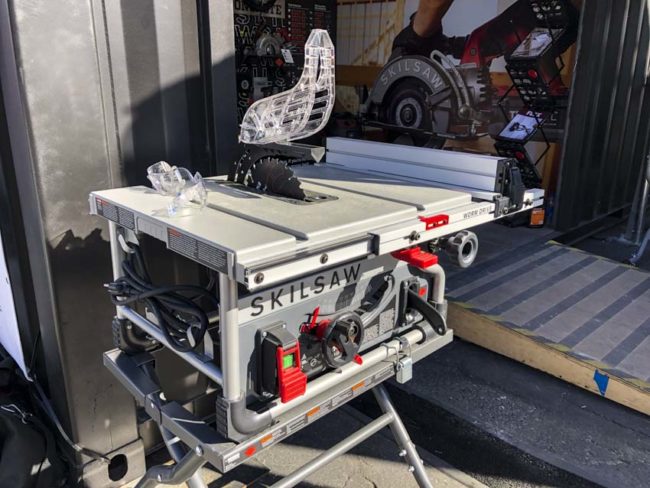 As builders continue to increase their use of engineered lumber and reclaimed lumber for construction, you’re forced to make more individual cuts to get the job done. Skilsaw’s Worm Drive Carpentry Chainsaw can get the job done with fewer cuts with a tool that’s designed for the job at hand. There’s no compromise in the build like you get from slapping an attachment on a saw that was only ever supposed to be a circular saw.

When we first saw Skilsaw’s Worm Drive Miter Saw, we got to see all the bells and whistles but didn’t get to make any cuts at STAFDA. That’s all changed and with the first few cuts, it’s obvious this saw is smoooooooth. It’s much smoother than other belt drive miter saws and also happens to be the lightest in this dual bevel sliding miter saw class at 51 pounds. You can read our full review here.

The original Medusaw pulled hundreds of dollars worth of attachments into one concrete saw at a lower cost than piecing it together with aftermarket parts. It evolves into a back-saving walk-behind design that lets you score and cut while standing tall. You can adjust the height to put the handle where it’s most comfortable for you and it all folds up into a convenient carry bag when the job is done. 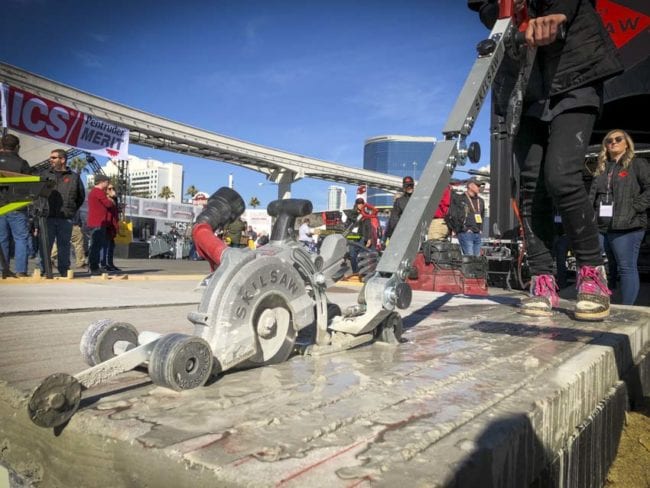 Cordless vacuums come in all shapes and sizes, and no one vac can every application. If you’re on the hunt […]

I never intended to do an article about the worst tile grouting and caulking jobs of the year. In fact, […]

We asked our Pros for recommendations on when sliding, compound, single-, and dual-bevel features really make a difference when looking […]

On the hunt for a nice new mudsaw! Thanks for the great reviews : )

Types of Miter Saws and Which is Right for You

LED Jobsite Lights Buying Guide – What You Need to Know

Best Work Boots 2023 | Most Comfortable Boots for Men and Women

Table Saw Accidents and Injuries – How to Avoid Them

January 19, 2023
MENU
Want more? Join our newsletter and get the latest tool reviews every week!