I guess when you’re in Wyoming, big cats tend to be more on your forethoughts than the rest of the country. When Woodworker’s Supply set out to create a product that would hold products in place when being worked on, they used nature and came out with the Wolf Bench Paw. The product is literally made in the shape of a wolf’s paw and includes an elastomer pad that penetrates the polypropylene (plastic) shell to establish a grip that won’t peel off or pull away from the body.

I guess when you’re in Wyoming, big cats tend to be more on your forethoughts than the rest of the country. When Woodworker’s Supply set out to create a product that would hold products in place when being worked on, they used nature and came out with the Wolf Bench Paw. The product is literally made in the shape of a wolf’s paw and includes a series of elastomer pads that penetrates the polypropylene (plastic) shell to establish a grip that won’t peel off or pull away from the body over time as it might if it were simply glued in place. 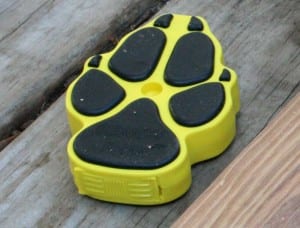 It’s obvious that the competition to this product is the Rockler Bench Cookie or Bench Cookie Plus, so what makes the Wolf Bench Paw different? Well, for starters, the way they got the pad to adhere to the plastic goes beyond simple glue. Instead, they injections mode the paw and then flow the elastomer pads into place using pre-formed runners to feed the liquid into the desired areas.

As for performance, the Wolf Bench Paws take the open approach, providing several areas of friction instead of a single pad. Woodworker’s Supply claims this allows sawdust a place to go in the event the friction pads move around and collect an abundance of dust and dirt. Just like a real wolf’s paw, these pads have individual “toes” with a micro-textured traction surface that never seemed to lose its powerful grip. The company measured the static coefficient of friction to be quite high – around 1.2. Anything over 1.0 indicates a friction point that exceeds the weight of the object. In this case, the force that would need to be applied must be equal to 1.2x the weight of the object’s natural downward force. 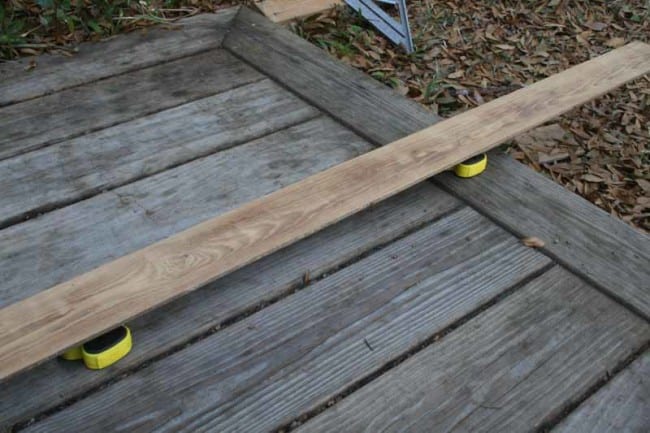 The Bench Paws also have a hole through the middle that allows you to insert and secure an included 3/8-inch wood dowel for use as a stand-off when, for example,  painting cabinet doors or finishing other pieces of wood. You can also use the included wood screws to anchor the Wolf Paws to a work table or bench as needed. The Paws tended to really pick up dust and dirt easily, more-so than other friction pads we’ve used, but they also cleaned off easily with water.

While the Bench Paws seem ideally suited for finish work, we actually abused them with some pieces of pine flooring, elevating the pieces while we cut them with a circular saw. Amazingly, even under harsh use and significant pressure, the Wolf Bench Paws held up, allowing us to refinish some really old floors with a minimum of fuss. It was nice to be able to cut the wood in pace without having to hang over an edge. While in our case it was easy to use a nearby step, what struck us was how the Bench Paws made a potentially difficult situation very practical and easy, by allowing you to simply set the depth of your blade, and then carefully cut a piece of wood in place, rather than first having to take it to another location. 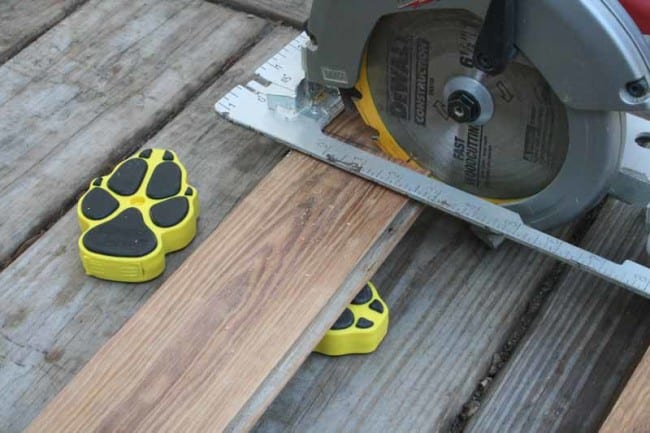 With the included wood dowels (which can be sharpened to appoint to give you precise and unobtrusive standoffs for painting and staining, the Wolf Bench Paws seem perfect for lots of applications, like finishing, sanding, routing, and of course sawing.

For staining in particular, the Bench Paws are super convenient and allow you to move faster, by allowing both sides of a piece of wood to be stained or oiled at the same time without having to wait to flip it over and place the dry side down.

As consumers can tell by the fast adoption and high sales rates of these new non-slip friction pads, this is a really convenient tool to have around the shop. We’ve found several uses for it already, almost without even trying. This is also one of those tools that makes for a great gift – especially for that tool guy who seems to already have everything. It’s new, it’s inexpensive, and it actually works. What more can we ask?