Portable routing is the name of the game with the Bosch Portable Benchtop Router Table. We called up PTR reviewer and woodworking guru, Chris Wagoner to offer some thoughts and run through the design and function with us.

It’s impossible to miss the similarities between the Bosch Portable Benchtop Router Table and Skil’s RAS900 that’s been on the market for a while. 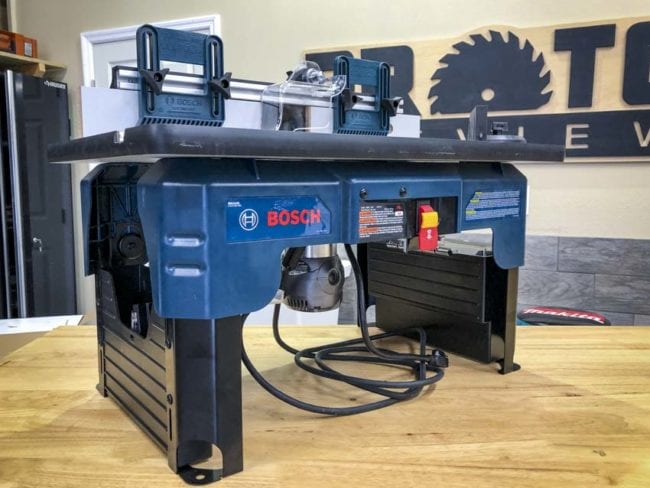 It comes with a fairly universal mounting system that we were able to connect Chris’ Hitachi (now Metabo HPT) router to. It was just a matter of lining up the correct holes and the guide is helpful if you get stuck. 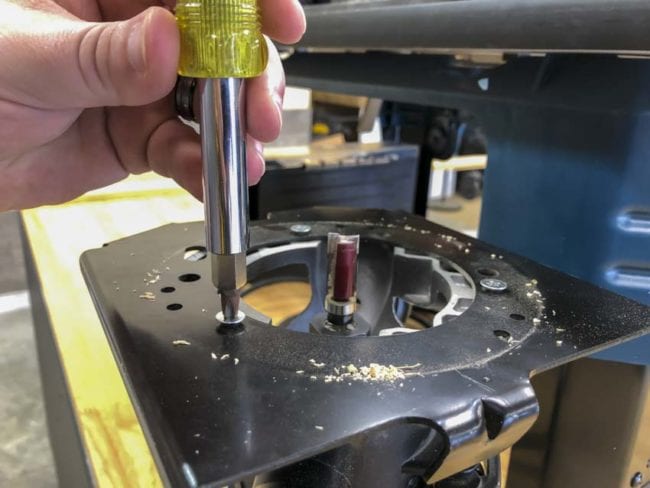 The router doesn’t require any leveling once you have it installed and the bit changes remain accessible. You have power access on the inside of the table with two outlets to choose from.

The tabletop itself is made of laminated MDF. That leaves it somewhat susceptible to water damage, so keep an eye on the weather if you’re working outside.

The fence has a maximum opening of 3-5/8 inches and it’s tall enough to support a pretty solid range of material. A pair of featherboards help guide your material through. You can mount them on either groove or one on each if you like. 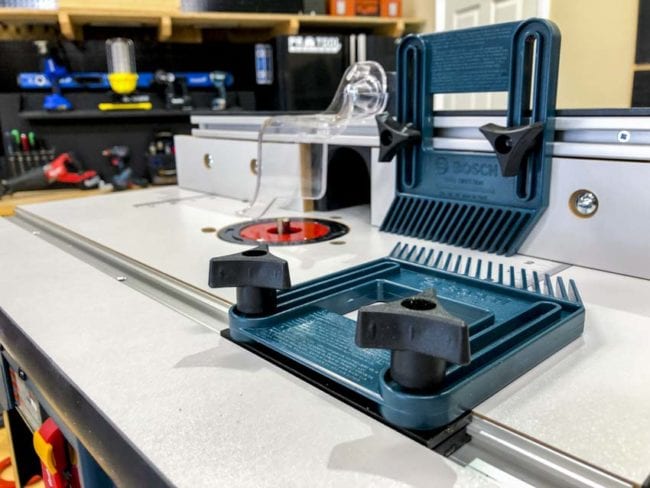 We made our test cuts with straight material, but there’s also a starter pin and guard if you’re routing round material. 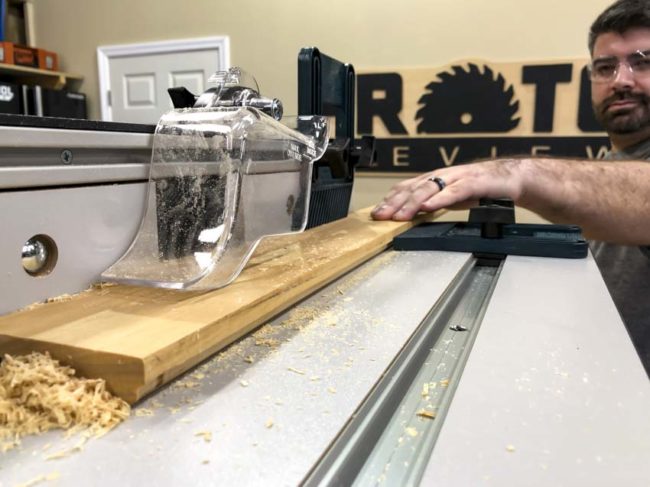 There’s a 2 1/2-inch dust collection port on the backside in the middle of the adjustment knobs. There’s a lot of plastic running around back there, including the knobs themselves. It’s something to keep in mind if you tend to be tough on your gear. 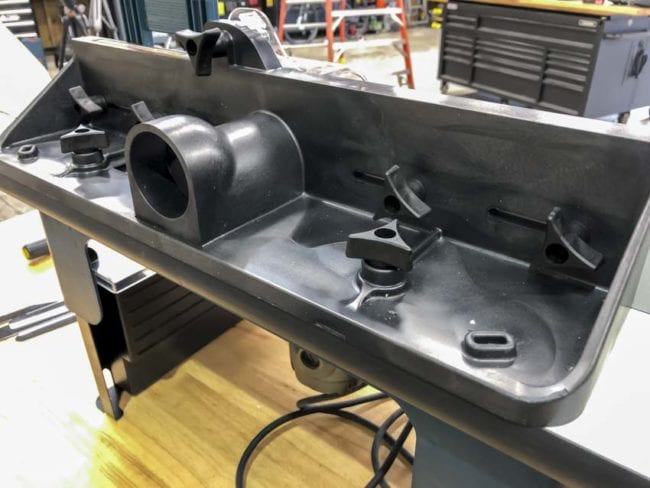 The legs fold up to make carrying and transporting simpler. They also double as storage for your featherboards, miter gauge, and other accessories. It winds up being pretty convenient when you’re on the go. 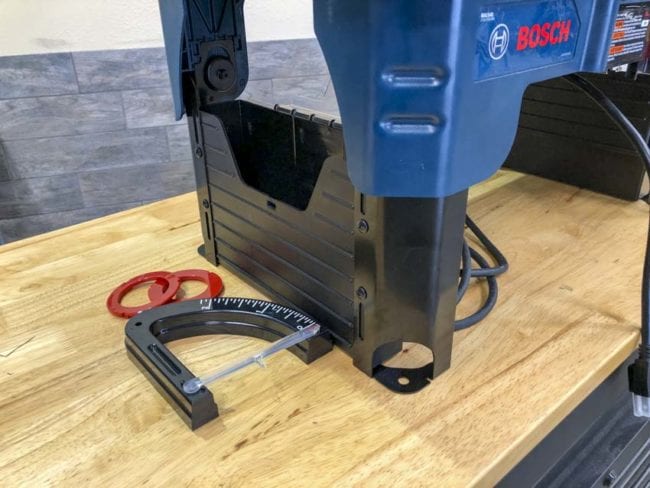 It’s pretty clear from the outset that the Bosch Portable Benchtop Router Table focuses mainly on the portability side. It accomplishes that very well, but the trade-off is precision. The fence system is pretty easy to lock down off-square unless you’re taking care when you lock it down.

There are holes in the feet if you’d like to mount the table to your bench. It’s a pretty reasonable option for DIYers, but Pros may want something sturdier with a more precise fence system as a semi-permanent mount.

Where it has some potential for Pros is in the field. If you’re routing material on site for custom work, it can be a helpful piece of equipment to have with you.

Buy it on Amazon Buy it at Acme Tools

DCS spends most of his time watching Mythbusters, trying to figure out what the labels that they blur out say, so that he can recreate the explosions. His hobbies include impersonating Chuck Norris doing an impersonation of Sean Connery and fly fishing. David does his own stunts.

We talk about the cordless jobsite pretty frequently. When it comes to the corded vs cordless tools question—can battery truly […]

Bosch Tools typically pack a punch, and their drilling and cutting accessories are second to none. The brand provides powerful […]

While not everyone has the budget for the best cordless drills, saving money doesn’t mean you have to completely abandon […]

How Long Do Lithium-ion Batteries Last?

How to Use a Miter Saw Like a Pro

February 2, 2023
MENU
Want more? Join our newsletter and get the latest tool reviews every week!