Do you own one of the Milwaukee chalk reel models that came out last year? If so, you’re likely among those that have a common complaint – the hook. When you use a nail or screw as a contact point for your chalk reel, it needs to have the same accuracy as the hook along with even better security. Milwaukee’s original design had a rectangular hole cut in the hook for this purpose, but the shape allowed it to shift to one corner or the other.

They’ve cut a new shape into the hook that’s now a point into the center to deal with the issue. This is a rolling change, so the prices and model numbers will not change. You’ll just see the new design on store shelves.

The Milwaukee Chalk Reel Has Other Features, Too 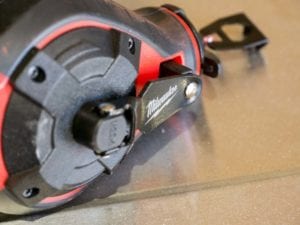 Milwaukee has taken care of the most glaring drawback to their chalk reel lineup and there’s not a lot left to complain about for $11. The planetary gear system is a nice touch to extend the life of the reel.

The most tangible benefits come on a couple of fronts. First, I love the push button line release. It keeps the handle from rotating while the line comes out and banging your knuckles. Granted, it’s not going to cause an OSHA-reportable injury, but it’s annoying.

The second feature that’s really helpful is the line and clutch combination. Braided line is tougher than others, so that helps keep it from breaking in a bind up. But if you continue pulling, one of three things will happen: you’ll break the line, strip the gears, or free the line. 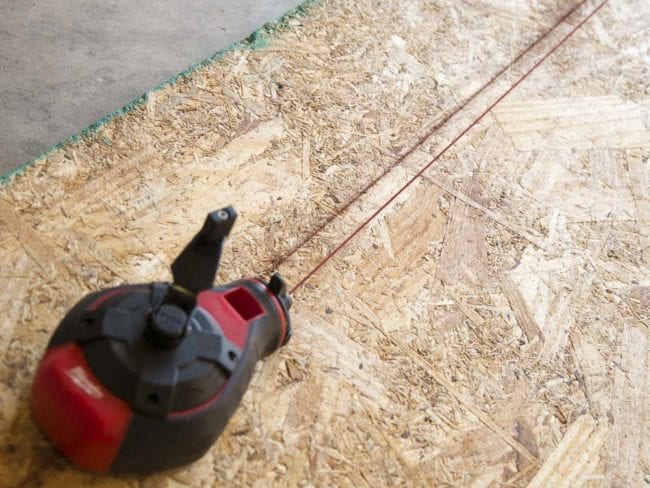 The clutch simply eliminates the possibility that you’ll strip out the gears by letting the gears slip when you apply a certain amount of pressure to it. You have to put quite a bit on it to make it slip, so you’ll still have a shot at pulling the line out.

All of that is designed to reduce the chances that you break the line and have to stop and re-tie your hook or replace your line.

What About Actually Chalking a Line?

All features aside, it boils down to the hook holding the line and the line holding and then dropping the chalk that does the job. So how well does the Milwaukee Chalk Reel do that?

As advertised, the new hook is a big improvement when you’re on a nail or screw. But we expected that just based on the design. I’ve used more aggressive hooks that hold better. However, I don’t have any issues with it releasing the material while I’m walking it back. 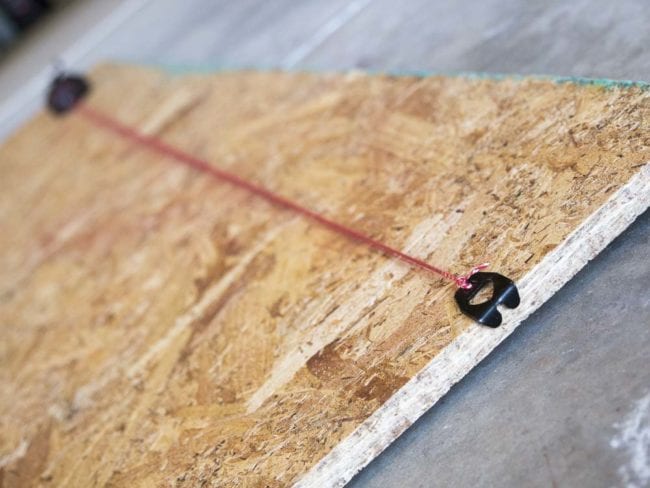 The other end is the chalk line itself. Milwaukee claims that their braided line leaves a bold mark – and it does. If you’ve used chalk reels much, you know just about any line can be big and bold for one snap. It’s figuring out how to lightly snap the line that gives you the ability to make 3 or 4 solid ones before you have to reel the line in to reload chalk. The Milwaukee Chalk Reel isn’t much different, save that it seems like I need an even lighter snap than usual on that first line. Once I got that dialed in, I started getting an extra line or two compared to some of our other reels.

Now that Milwaukee has the hook sorted out, this is one of the best chalk reels you can find around the $11 mark. For a dollar more, you get the chalk with it. That’s still a low enough price that it’s in the realm of consumable products, but it should last longer than most of the competition at this price point, especially since it comes with a lifetime warranty.

Shop Amazon
Want more? Join our newsletter and get the latest tool reviews every week!

Ryobi Expands Cordless High-Speed Ratchet Offerings With A Compact, Brushless Model Ryobi is kicking off its 2023 tool releases with […]

Just trying to place the center of your hook on your Mark was a PITA. Learned to make extra long lines that would reach where the string ties on to know I’m on my Mark. Every other hook out there has a teardrop or triangle and the point is your center. Not this one…finally I started hooking onto the underside of my work and pull the string around…holds better to the work and I know my string is on my Mark. Other than that stupid hook it’s served me well.

I like the box , I had an Irwin with the quick reel in feature and it broke so quick this one has lasted me a while so far. Hook does suck so took the one off the Irwin and put on it, but all in all I like the chalk

The best chalk boxes I have are the Tajima brand. They have metal cases with replaceable parts. I carry a red and a blue. Little expensive but I have had them long enough to wear most of the paint off the cases. Plastic cases dont last.

I use one for work and I personally am not a huge fan of this box.

Nobody makes a good quality chalk box anymore, they last about 2 months at best in our line of work.

How Long Do Lithium-ion Batteries Last?

How to Use a Miter Saw Like a Pro

February 2, 2023
MENU
Want more? Join our newsletter and get the latest tool reviews every week!

And...we'll even send you our "Best Tools for Your Hard-earned Dollars" white paper!
wpDiscuz
13
0
Would love your thoughts, please comment.x